This week marks the first time in a looong time we have completed a five-day week. Well, those of us not on the track or tennis teams completed a five-day week. Spring sports are making up a season’s worth of meets and matches in a very small time frame, and students with track coaches as teachers are getting familiar with the pool of substitutes the district has to offer. 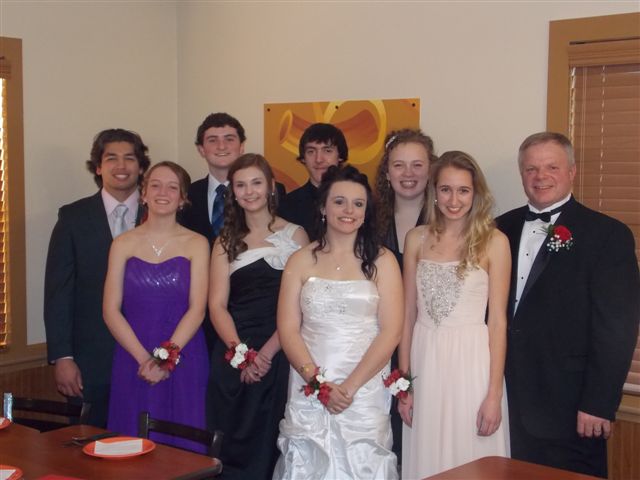 Tickets went on sale this week for next week’s performances of Charlotte’s Web. Make sure you get your tickets down in the activities office soon, so you can experience another great performance in the new theater.

The Pine Needle extends congratulations to Mrs. Enright, who, on Monday, gave birth to a beautiful little boy named Wyatt.  He was 6.10 pounds and 20.5 inches. We believe that gives him a density of about .3 pounds per inch, but we’ll have to ask Mrs. Enright when she comes back to teaching science if we’ve got our calculations right.

Students from Central were featured in a KOTA-TV news story recently for their efforts to convince others to stop using the “r-word.” You can watch it right here.

Over the past weekend the Central Science Bowl team participated in the National Science Bowl competition in Washington DC. Seniors Ryan Parks, Zachary Burdsal, Hannah Carroll and Captain Genevieve Kennedy represented South Dakota and Central High School in the premier academic competition in the world. While they did not win it all, the team was given compliments by other coaches, players and officials. The Central team was head and shoulders above many of the competition in behavior and professionalism as players and as individuals.