The hit of the recent Cobbler Capers, was the adv 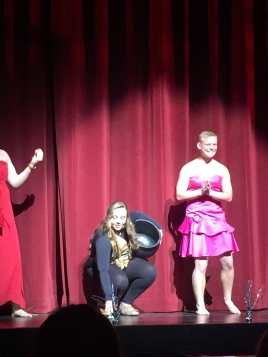 anced theatre & performance (ATP) class putting on a Miss America Pageant. This skit went on throughout the night between acts with hosts Lacy Thormalen and Richard Rigmaiden, Bailey Quade as Ms. Alaska, Matt Vidal as Ms. California, Kaleigh Crumb as Ms. Kansas, Brennan Brink as Ms. Hawaii, Max Frost as Ms. Maine, and Riley Finck as Ms. South Dakota. All of them wore lovely evening gowns (yes, even the boys), participated in interviews, and showed us their special talents. Ms. California was able to make Sci-fi laser gun noises with her mouth, and Ms. South Dakota showed us how she likes to plow in her Daisy Dukes and crop top.
At the end of the night, the audience sat with eager anticipation, waiting for the winner to be called. And it was: Ben Newman? Even though Ben wasn’t technically a contestant, he still won the crown, just like he did during homecoming.

For his acceptance speech, he announced he will be the new 2016 Republican Presidential candidate, gave a shout out to his ‘squad,’ and sang a lovely solo.

Other highlights of the night included Grant Alberty serenading us with his beautiful anvil solo, an instrument that looked tough to master. Shortly after, Sunny, Skye, and Stormy Hayes wowed the crowd by meshing traditional Pow Wow Dance with a remixed Pow Wow song.

When the CHS Singers took the stage and sang their cover of Hallelujah by Jeff Buckley, the theater went silent. The singers, Amanda Brehm, Rayna Dart, Meghan Laughlin, Rebecca Joedicke, Christina Hilgemeier, Bailey Quade, and Starr Paul, each took a solo that moved the audience.

When Cade Herrera walked onto stage, I was instantly reminded of comedian Bo Burnham as he acted as an awkward shy boy but came to life as pop sensation; Hannah Montana’s “Nobody’s Perfect” played, and Cade showed us his incredible Yo-Yo skills.

Also amusing and impressive were Maria Bunkers and Calvin Moehlman starting a skit where Calvin had to figure out how to play the violin with a broken bow. Thankfully, he creatively came up with a solution, and the rest of the Chamber Orchestra gradually joined them on stage to play a cover of Coldplay’s “Viva La Vida.” The act was colorful, exciting, and brought smiles throughout the crowd. 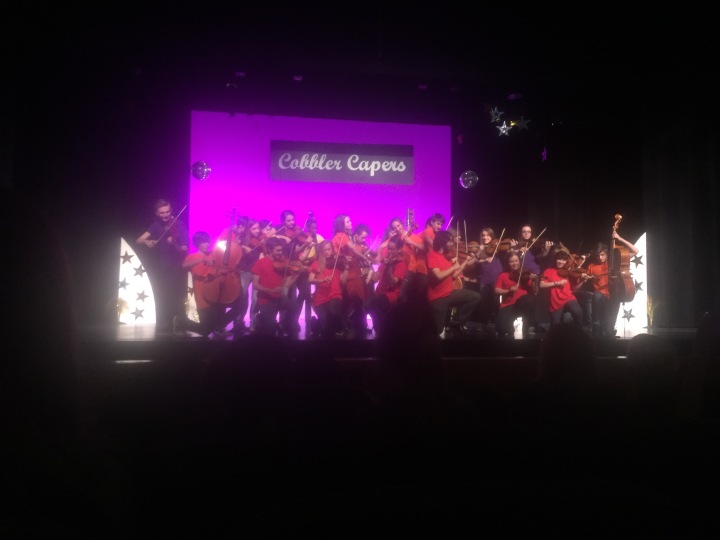 As a senior, I am sad this is my last Cobbler Capers, but it was a great show to go out on.