In the past few years (mostly 2009-2011) a certain kind of film has come out that everyone talks about. Is it because of its good story? Is it because of the good acting? NOPE! It’s for a little thing called “CGI” that has taken over the movie world. Back in the 80’s they experimented with this “CGI”; it looked retro and cool, and it wasn’t used all that much, But now? It’s a movie standard! If you don’t have good CGI your movie will most likely fail in the box office. Sad? Why, yes. It makes me sick. There are so many good films that have come out the past three years, but all this CGI garbage has kicked their butts! This list is taking about those films. Those overrated crap CGI films. Get ready–I’m about to go on a rampage. 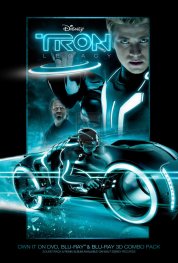 In 1982 director Steven Lisberger made a little film for Disney called Tron. It took audiences to a new world of video game competition. A young man gets thrown in to this deadly world and he must try his best to fight his way out. It used early CGI and that’s the classic stuff I am talking about. The movie is a very underrated classic, and still today not too many people know about it. Even though Legacy came out just last year, still, people have no clue about the 1982 classic. Tron Legacy very loosely continues from the original and does it no justice. IS there a story? Very little! But most people of this day and age are “too cool” for a story. . . like, really?

This movie has a soundtrack and some CGI. Acting? Does it have acting? Hahahahahahahahahahahahahahahahahahahahahahahah! What’s acting? I have never heard of that before! This movie has none! One thing sort of saved it–Jeff Bridges. I wonder how much money they had to pay for him to want to be in this film. Oh! And what about Tron himself? Bruce Boxleitner? Yeah–he is in it, FOR ABOUT 30SECONDS! Come on! WHY WOULD YOU MAKE A MOVIE WITHOUT THE GUY THAT THE MOVIE IS NAMED AFTER? COME ON PEOPLE! As you can see, I have some hard feelings for this movie. And that’s all I can take of this.

4. Transformers: Revenge of the Fallen 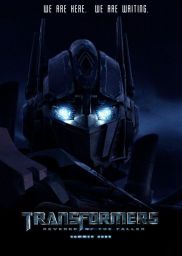 I will admit, I dug the first Transformers. Who didn’t? I EVEN SAW IT IN THEATERS! Everyone saw that movie, everyone loved it. That’s why they made a second one. This movie was talked about so much before it came out, everyone wanted to see it. I wanted to see it. I didn’t go to theaters to see it, but I rented it. And boy, was I disappointed. I didn’t read critics back then, so I went with expectations from what people told me, and the people said, “It was so awesome!” I MADE A BIG MISTAKE! I realized you should never trust your friends! Well, when it comes to it, your friends might just have different movie interests. They didn’t realize how picky I was. But a confusing mash up of robots “fighting” won’t entertain me, no sir. I went through half the movie not knowing who was who. And ghetto robots, really? WHY WOULD YOU EVEN THINK THAT WAS OKAY!? It’s so racist! But, I guess that’s what entertains people with no brain right? You know, just like Michael Bay, the king of the nimrods. 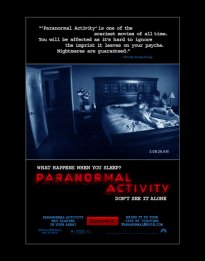 You know all those ads with the people screaming and jumping in their seats? I don’t remember what movie they were watching. I think it was . . . Twilight. Oh no, that’s right, it was Paranormal Activity! Here is a little history. In 2007 Oren Peli made a little independent film called Paranormal Activity. It was inspired by the new house he moved into with his girl friend. He found the house a bit creepy and thought, “Wow! This would be a great place to make a scary movie,” and that he did. He got all his friends together and this movie was born. How it got popular? No clue! And I don’t really care. It wasn’t original at all, as we have seen the concept many, many times. But some “smart guy” producer thought “Hey, this could make some money!” and then it was born. And for some reason people bought in and now there are three movies to date. Who cares? Really. I know I don’t.

I am a somewhat fan of Tim Burton, but his latest stuff–I can’t get into any of it. And when Alice in Wonderland came out, I knew I wouldn’t like it, and I knew everyone would want to see it. All I ever heard about for the longest time was, “Oh my god! Have you seen Alice in Wonderland?” or “Dude! This is just like that one part in Alice in Wonderland!” I WAS ABOUT TO BLOW! When it came on DVD I just went “Uggh, this movie again.” I hate hearing the title, I hate when people compare it to other things, I altogether just hate it! I am happy I use a pen name because I know most reading this would just come up to me and talk about it to make me mad. I know how people are.

Now it’s time for a movie that makes my skin crawl, that makes me mad when I hear the name… Here it is…

James Cameron is the god of overrated. All of his movies are lame “action, thrillers”; what does he have to offer? Nothing! True Lies? Lame! T2? Alright. Avatar? Want to know how I feel about that? Then go to the bath room and look in the toilet. I swear, this movie was the most talked about piece for years. James Cameron thought about this in the 90’s, but nothing back then could make his “vision” right, so in 2009 it came out and everyone’s jaws dropped. For what reason? The CGI was great! Blew everyone’s minds! They have never seen anything like this before! And of course I bought in.

When I watched it at school in study skills, I fell asleep. Then I watched it again in science. This time I stayed wide awake and was disappointed. Really? What was the point of this movie? Mostly making money, I think. After all, good ol’ Jimmy boy beat his own box office record! Like I have said before and I will say many times over again, just because a movie makes a lot of money doesn’t mean it’s good. That just means word of mouth got around saying how pretty it looked. Where is the story? Save the trees–they are people too! They aren’t wild animals! Who cares?!!! We have seen this story millions of times, but we haven’t seen it done with half naked blue people!

I won’t watch this movie ever again, I just can’t. It makes me sick to my stomach just talking about it. That’s all I can take of this. I am done! I am all pumped up and angry! All because of you, James Cameron! You make me sick!

Well, I am going for a nice calm walk and might go watch Harry Potter Deathly Hollows Part:1 for a good cry before I go to bed. Goodbye.