There are many games out there that you just can’t stop playing. There is ALWAYS something to do, and that’s what this top 5 list is about. These are games where even if you wouldn’t think them to be very time consuming, they are. For some of these games, you get pulled in by their ultra-entertaining factor. For others, you just get pulled in.

The list starts with a very well known Nintendo game.

5. The Legend of Zelda

Of course this game would make the list! It has storylines up to 20 hours long, from the first master maze of the original game to the complicated mastery of Skyward Sword. And though the storylines are long, the series always seems to make you want to explore its massive worlds, as if the storyline wasn’t enough to drain time. On top of storylines AND exploring are the master quests in which you play a longer and more difficult version of the original story line. However this game is very entertaining and so I’m not going to complain. Need I say more about how time consuming it is?

It is simply endless. This is the most casual game I can even think of. You are a person who lives in a small town. You decorate and improve your house, chat with neighbors, and try to become rich. However, don’t let the cuteness fool you. Once you get into this game, you simply can’t stop collecting, planting, buying and yes . . . cheating. There are so many items such as clothing, furniture, and other things that appear in the game, but getting them is a pretty big problem. There are hundreds of them and who has patience to wait for them to appear in a shop? That’s where cheating comes in. There is a special screen you can reach to enter a code in certain versions. These codes contain 20 random letters. After finding codes online it takes very little time to get every item you want! But even then you don’t want to stop! You continue trying to collect EVERYTHING you want. Then in the sequels to the game, there is no code screen–OH NO! Luckily after a couple months you will realize how pointless it is and give up on the game, because this game is truly boring. Especially since the time in the game goes by real time.

Do I have to explain this one? You’re sitting in a chair eating potato chips, while trying to shoot some guys to rack up points and raise your EXP so you can level up. It is a classic set up. Some levels provide you with new guns to help you level up more. Of course all of this is online, so you meet players who particularly tick you off. Every time you run into them you strive to kill them as many times as you can. Then there are the people that are a much higher level than you. So you decide to play until you get to that level just to feel higher in the world . . . pointless. There really is no point to this game’s system. Yes, it’s fun to kill people and be in strict competition, but leveling up for new things and then restarting just for a prestige symbol by your name is a waste of time. But that is why people play this game so long. Imagine playing this game for over 1 week STRAIGHT. That’s how much some people spend on it . . . in a month.

Why is this game time consuming? Why is the storyline so short? Why am I asking you all these questions? So I can answer them before you do! The storyline in both of these games are very short, yes. But they also contain challenges and those little extras that you must get, like “A” ranks, which is pretty difficult on some stages, go-kart racing, boss battles, and two player battles and races. But get this: the main game isn’t what takes so much time even though a pro can get all “A” ranks in roughly 9 hours. And before you ask, no, it’s not racing or versus.

The most time consuming part are these adorable little creatures called “Chao” that hatch from eggs. If you have played this game before you will know why. They are like pets that you can raise to become powerful demons, subtle angels, or a wannabe nemesis called “Chaos.” If you don’t want that, just keep them the way they are or change them into different looking chao with special abilities for competition, (with hard work).

Of course, feeding them, caring for them, and training them is not so easy and takes a long time.. You can create an immortal chao but it takes more than 30 hours of game time; plus there are exactly 70,445,968,392,683,520 (70 quadrillion) different combinations of chao, which is a very large amount, and that is why this game is the number 2 time consumer. I only have about 1,200 hours on this game. The number one time consumer has more than 16 times of that! 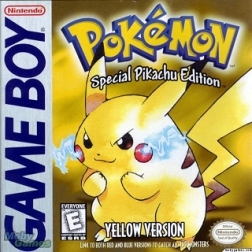 Let’s all just admit, we have played Pokemon many times. We have all watched the shows, we have all seen the cards, and we all know exactly what it is. While Pokemon is widely known, not as many play the games anymore. Remember back when it was the coolest thing ever? We all do. And many people still think that. The Pokemon games attract many people, but who cares how many people play it! This is about how long people play it.

There are now 649 Pokemon NOT including the different colors, genders and overall appearances. To catch ‘em all is a huge achievement considering you MUST own many of the games that contain certain Pokemon or be lucky enough to know some friends to trade with.

But  do you realize how time consuming that is? I honestly don’t know, because on every Pokemon game I have ever owned, my trainer profile eventually says “Play Time: 999:99.” By counting the games I have had, which is all 20, I have spent over 20,000 hours in my entire history of these games! And probably even more considering I’m only counting to where the clock had stopped. There are also other people out there who have completely shattered this time as well.

So, many of you might think, “Wow . . . that’s too much time.” And you are right! That is WAY too much time to spend in a game series. But I guess if it entertains well, and you have a lot of free time, why not? Especially if it is Pokemon!

One thought on “The Five Longest Games . . . EVER”